50th Anniversary of Adult Neurogenesis: Olfaction, hippocampus and beyond 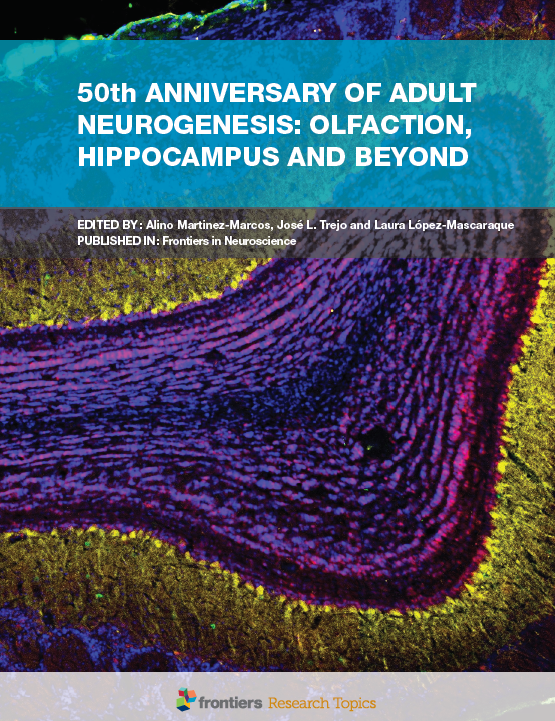 In 1965, Altman and Das published their seminal article “Autoradiographic and histological evidence of postnatal hippocampal neurogenesis in rats” (J. Comp. Neurol., 124: 319-335). During decades, this discovery was mostly neglected up to eighty’s when Fernando Nottebohm demonstrated adult neurogenesis in the avian brain related to bird song learning. In the following decade, two main niches of adulthood neurogenesis were characterized in the mammalian brain: the subventricular zone of the lateral ventricle from where neuroblasts migrate to the olfactory bulb and the subgranular layer of the dentate gyrus for turnover of hippocampal granule cells. Since then, a number of experimental data have tried to unravel the role of bulbar and hippocampal newly-born neurons. Among others, adult neurogenesis has been related to learning and memory, but its exact function in the pre-existing circuits is far from clear. It has been demonstrated that neurogenic rate can be regulated by external factors such as sensory stimuli, exercise, experience and stress. This rate can be altered during disease, particularly in neurodegenerative disorders, and its potential therapeutic capacity is being investigated even though this neurogenic capacity still needs to be further explored in human brain. This Research Topic is intended to review multidisciplinary advances during last half century from the adult neurogenesis discovery by worldwide leaders in the field.