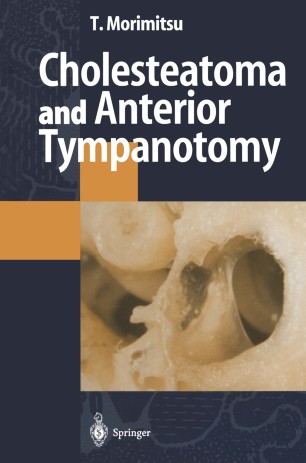 Acquired aural cholesteatoma poses a unique procedural dilemma with regard to pathogenetic research and theory building. Because cholesteatoma spontane­ ously occurs only in the poorly pneumatized human ear, its pathogenesis is specific to humans. Nonetheless, because of the ethical questions surrounding human experimentation, pathogenetic study has almost exclusively involved nonhuman subjects. Indeed, attempts have failed in almost all animal expe­ riments except with the gerbil, and even here experimental designs have been improbable compared with human cholesteatoma. Cholesteatoma in the gerbil is useful, therefore, only for the study of pathology and not for human pathogenesis. I hold that the pathogenesis of cholesteatoma will be understood by studying the cholesteatomatous ear, that is, the malpneumatized ear of the human. The anatomical difference between the normal and malpneumatized ear is a probable cause of cholesteatoma. This difference may be found clinically in facial nerve decompression and cholesteatoma surgery, as, for example, facial nerve palsy occurs usually in the normal, well-pneumatized ear. Of course, conventional animal experimentation will not confirm this clinical difference since there is no ideal animal model for the poorly pneumatized human ear. Present surgical techniques for cholesteatoma vary greatly according to indi­ vidual otosurgeon's opinion. The most extreme difference of opinion is focused on whether to remove the external ear canal wall. Normally, the best option would be not to remove the canal wall if cholesteatoma recurrence can be prevented. Simply put, recurrence of cholesteatoma comes about when its cause has not been removed during primary surgery.